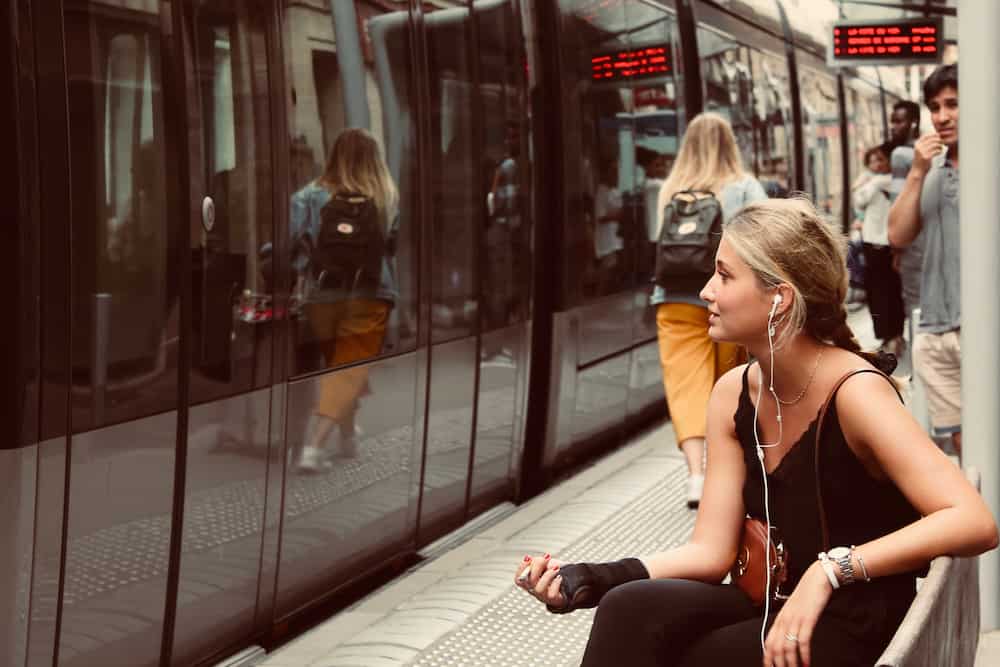 Is UCF a commuter school? It used to be, but times have changed at UCF, and we’ll give you the full rundown below. While we’re at it, we’ll answer 17 other common questions about the University of Central Florida.

We’ve also written other articles if you’re interested in UCF admissions and their acceptance rate, whether UCF is a good school and why, or a rundown of the best scholarships at UCF.

Is UCF a commuter school?

No, UCF is not a commuter school, even though plenty of students still study online or commute from Orlando.

To give a more thorough answer to the question, UCF was founded in 1963 to train students for careers in Orlando and Central Florida, but especially for the U.S. space program.

In the early days, UCF was a commuter school. When UCF President John Hitt took over in 1992, UCF had 18,000 undergrad students.

Hitt set about to rebuild the campus, leading to the joke that UCF stands for “Under Construction Forever“.

While the UCF may have been a commuter school in 1992, it’s now the largest campus in America and has more activities on campus than you’ll know what to do with.

According to Redditor u/xSpookieBear, “It’s only considered a ‘commuter school’ because there’s too many students to accommodate housing on campus. The community surrounding is full of off-campus student housing.

“Campus life is very full and there’s always something going on. You can get around with the shuttles and lynx bus, but it’s definitely easier with a car.”

So to answer the question, no, UCF is definitively not a commuter school.

What is UCF enrollment?

Is UCF the largest university in the U.S.?

Yes, the University of Central Florida is the largest university in America. It beats out Texas A&M University and Ohio State University to take the top spot.

Is UCF a private or public school?

As you might guess by the enrollment numbers, the University of Central Florida is a public university.

Is UCF urban or rural?

As a public metropolitan research university, UCF provides a traditional on-campus living experience to students, all within close proximity to one of Florida’s largest cities.

Is UCF near the beach?

UCF is about one hour’s drive from the beaches near Orlando. Cocoa Beach is one popular destination that should only take an hour to drive to.

Is UCF a 4-year college?

Yes, UCF is a 4-year college. They also have an impressive array of graduate school offerings, from law school to medical school to doctoral programs.

Yes, UCF is a longtime member of the NCAA. As the largest university in America, they have teams competing in pretty much any sport you could think of.

In 1996, the UCF football team ascended to their current spot in Division I-A, which is now called the NCAA’s Football Bowl Subdivision (FBS).

Does UCF have dorms?

Many other students live in private off-campus housing nearby.

What are the best or nicest dorms for freshmen at UCF?

Towers and Lake Claire win out in our informal Reddit poll of the best dorms for freshmen at UCF. Both are apartment-style layouts.

Of these, Towers has kitchens and is close to Knightro’s, one of the better dining halls on campus.

Lake Claire is closer to most freshmen classes and offers a generous living room, your own bedroom, and a full kitchen. However, Lake Claire is further from the on-campus restaurants.

Hercules is another well-reviewed private option if you don’t mind a longer walk.

Libra and Apollo are centrally located on campus and have the traditional dorm layout of shared rooms and bathrooms down the hall.

Nike and Hercules also have shared rooms, but are farther from classes. They are, however, closer to the gym.

Neptune one of the newer gyms and is also close to the gym, with apartment-style rooms.

Does UCF allow pets in dorms?

“The University of Central Florida (UCF) maintains a no-pets policy on campus and in its on-campus residence halls. There are occasional exceptions to that policy for service animals and emotional support animals when absolutely necessary for disability reasons, consistent with federal law and state statute.”

No, UCF is not pet friendly.

The only animals even allowed on-campus are service animals, emotional support animals when “absolutely necessary”, and fish in a 10-gallon or smaller tank.

Is UCF a party school?

Yes, UCF is a party school, placing 9th in America in Playboy’s rankings of party schools.

With its Orlando location, UCF also leans blue politically but is a relatively moderate school.

Nearby Orlando has Disney, professional sports, and everything else you’d expect from one of Florida’s prominent cities.

No, UCF is not a PWI or predominantly white institution, as fewer than half of UCF’s enrolled students are white.

Is UCF a HBCU?

UCF is not a HBCU. HBCU is used to describe historically black colleges and universities.

UCF was founded to provide talent for NASA and has roots as a commuter school, not a HBCU.

In UCF’s latest reports, 10.2% of enrolled students were black.

U.S. News has ranked UCF 86th in America for veterans, with the UCF online bachelor’s program ranking 8th in the country.

UCF’s resources for student veterans can be found here.

Is UCF a Yellow Ribbon School?

Yes, UCF is a Yellow Ribbon School. For eligible applicants, they give the following statement:

However, they do note that “utilizing the Out Of State waiver may be a better financial option unless the applicant is not living in the state of Florida while attending UCF”.

Is UCF a commuter school? A Conclusion

We hope these answers to common questions have given you more insight into whether UCF would be a good school.

As we mentioned before, you can also check our our UCF acceptance rate review, and the best scholarship options at UCF.

We’ve also reviewed and ranked the best schools in Florida by major in these articles below:

Thanks for visiting College Guidepost, and we wish you the best in your college search!