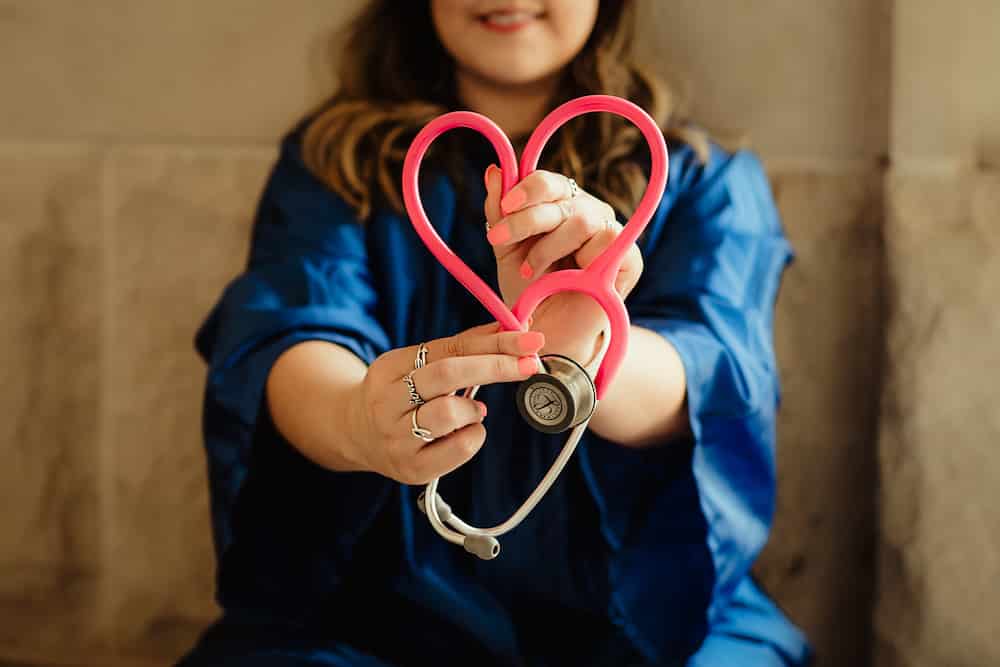 The best CSU schools for nursing include a number of schools with first-time NXLEX pass rates that are consistently in the mid-to-high 90s.

Some of these programs have generous acceptance rates and little to no national recognition, but still do a great job preparing nurses for successful careers.

If you’re open to nursing programs within the University of California system, we’ve ranked the best UC schools for nursing right here.

We’ve also ranked the best Cal State schools in a few other majors:

Finally, we’ve got a whole pile of nursing scholarships if you’re looking for more college aid, so check out our review of 54 scholarships for nursing students.

Our ranking methodology takes into account factors such as freshmen GPA and test scores, external rankings, and each school’s reputation in the specific major.

For nursing, it’s great to have another great factor to throw into the mix—NCLEX pass rates. These are published by the state of California, and there’s no way to fudge the numbers.

If you attend a school that’s regularly hitting a 95% first-time pass rate, that means that 19 out of every 20 students in the nursing program are passing the NCLEX on their first attempt.

Of course, there’s more to nursing than the NCLEX, but it’s great to have a common standard that helps lesser-known programs show their quality to the world.

With nursing, we should also recognize that any Cal State nursing program can lead to a very successful career in nursing.

As state schools with good funding and quality safeguards, none of these schools are categorically bad. What’s more, nurses are in high demand throughout the country and especially in California.

What that means practically for nursing graduates, is that jobs are not elusive once you pass the NCLEX.

Graduates of the best Cal State and the worst Cal State program may find themselves working the same job for the same salary.

This is very different than other majors where your school really matters a lot, such as business.

As a student, this gives you flexibility. You can attend a CSU college that offers a good financial aid package, is in a location you like, or just has a nice campus vibe. As a prospective nursing student looking into Cal State schools, the world is your oyster.

There are 23 CSU schools, and several of them do not offer nursing at all.

Cal Maritime is a respectable school that has a limited number of majors related to maritime careers, and they do not have a nursing program.

CSU Dominguez Hills (CSUDH) offers nursing degrees, but only for nurses who are already registered nurses (RNs). If that describes you, you could consider their RN to BSN program or their BSN Summer Fast Track.

Cal Poly and Cal Poly Pomona are two of the most respected Cal State schools, but neither offers a nursing degree.

That leaves 17 contestants for the best CSU schools for nursing, so let’s get to it!

CSU East Bay’s Nursing Department is celebrating their 50th anniversary, with a BSN program that prepares students to “apply nursing knowledge and provide culturally sensitive care to clients from a range of socioeconomic backgrounds”.

CSUEB’s most recent class had a first-time NCLEX pass rate of 87.32%, although previous classes had managed to get into the low 90s.

Even as the lowest-ranked Cal State campus on our list, a high 80s first-time pass rate isn’t terrible.

CSU East Bay also offers “a Master of Science in Nursing Program in Nursing Education or Nursing Leadership and Administration”.

Their three undergraduate programs are a traditional BSN program, an ADN to BSN program, and an accelerated BSNA program, which runs for four semesters and is only for those seeking to become licensed nurses after earning a non-nursing bachelor’s degree.

CSU Channel Islands has a Track I Generic Bachelor of Science in Nursing (BSN) Pre-licensure program, which is a 3-year program including summers.

They have another program at the Cottage Health System / Goleta Satellite Campus which is a 2.5 year program, but requires a previous bachelor’s degree or certain prerequisite courses.

SJSU is usually in the top ten on our lists, as they have a solid reputation. The Valley Foundation School of Nursing at SJSU isn’t bad at nursing, and they have one of the largest CSU nursing programs.

However, their first-time NCLEX pass rates have ranged from the high-80s to mid-90s, most recently at 91.6%.

With other outstanding Cal State schools in the running, that’s only good enough for a rank of 14th.

CSUSB offers a wide variety of pathways to nursing, including:

Their MSN program has multiple concentrations to choose from:

CSUSB graduates around a hundred nurses a year. Their most recent first-time NCLEX rate was 91.67%, but they’ve also had rates as high as 97.87% in recent classes.

Their most recent graduating class of over 100 nursing students managed a first-time NCLEX pass rate of 92.04%.

Cal State LA isn’t very selective with admissions, but their Patricia A. Chin School of Nursing has earned a good reputation throughout Los Angeles.

With BSN and MSN degrees accredited by CCNE, Cal State LA has averaged well over 95% on the NCLEX in recent years, most recently achieving a 95.4% rate.

With a great program and connections to the many health providers in the Los Angeles area, Cal State LA is one of the best CSU schools for nursing.

CSU San Marcos has one of the largest nursing programs in the Cal State system, and there’s a reason for that. Their most recent class of 155 had a 96.13% first-time NCLEX pass rate, and that’s actually a little worse than previous years.

CSUSM has a traditional BSN program, an accelerated BSN, LVN to BSN, and MSN. With all the resources of a huge program and a track record of success, CSUSM is an excellent choice for nursing students.

In general, CSU Bakersfield actually has some of the lowest requirements and highest acceptance rates of all the Cal State schools.

In all honesty, we didn’t expect to see the Bakersfield grads putting up gaudy NCLEX numbers, but that’s just what they’ve done. The most recent class hit 98.08%, which is actually higher than our second-ranked school.

This just goes to show that you don’t have to attend the most prestigious Cal State school to get an excellent nursing education.

If you’re looking into nursing at CSUB, it’s one of their best majors.

CSUN has a great reputation in the San Fernando Valley and beyond, with ADN-BSN, RN-BSN, and BS-BSN programs in addition to the classic BSN degree.

Their most recent class of 39 students had an NCLEX first-time pass rate of 97.44.

With a host of nursing programs and modern simulation facilities, CSU Stanislaus’ nursing cohorts can have more than 100 students each.

Their most recent NCLEX rate is a cool 97.83%, and they’ve averaged over 97% for at least four years running.

They regularly graduate BSN classes of 100 to 150 students, and their most recent NCLEX rate was 97.33%.

For prospective nurses in the Sacramento area, there’s no reason not to attend Sacramento State.

CSU Chico is yet another nursing powerhouse, with BSN and MSN programs accredited by CCNE.

Their most recent class of 77 had a 96.1% NCLEX first-time pass rate, putting Chico State solidly among the best CSU schools for nursing.

Sonoma State doesn’t have the biggest nursing program, with most classes in the 20s. What caught our attention was the NCLEX pass rates. In the past four years, only one Chico State student didn’t pass the NCLEX on their first attempt.

With three classes hitting a perfect 100% on the NCLEX, Sonoma State’s smaller classes have paid off in nursing education.

We’re getting to the prestigious and selective Cal State schools now, and CSU Fullerton lives up to its reputation in nursing.

In fact, CSU Fullerton’s programs in Nurse-Midwifery and Nurse Anesthesia (offered in partnership with Kaiser Permanente School of Anesthesia) have ranked as high as 1st in the nation.

As the 2nd most selective Cal State campus after Cal Poly (which doesn’t offer nursing), SDSU has funding and prestige that few can match.

Their nursing classes of over 100 always make a good showing on the NCLEX, with the most recent rate standing at 95.8%.

With modern lab facilities and everything you’d expect from one of the most selective Cal State schools, SDSU is a great choice for nursing students.

What is the best CSU for nursing majors?

It’s rare that a school other than Cal Poly places in front of SDSU in our rankings, but this school’s program just blew us away.

CSULB offers the complete package in nursing, and their graduates have been tearing up the NCLEX like it’s a first-grade math quiz.

These numbers are unheard of, and CSULB also offers a lot of program flexibility. In addition to the usual BSN program, the Trimester BSN program allows students to study in the summers and graduate earlier.

Their MSN programs also offer all the specialties you could hope for:

With a huge program that dominates the NCLEX year after year, CSU Long Beach takes the crow among the best CSU schools for nursing.

While CSU Long Beach has an incredibly strong program, we’ve noticed throughout these ranking that there a lot of great CSU schools for nursing.

It’s worth applying to multiple Cal State schools to see what financial aid packages they offer, and you can supplement that aid by finding local scholarships in your area.

These local scholarships often have less competition than national ones, and we’ve outlined a step-by-step guide to writing scholarship essays.

We hope these rankings and reviews have helped you in your journey, and we wish you the best on your path to making the world a healthier and better place!