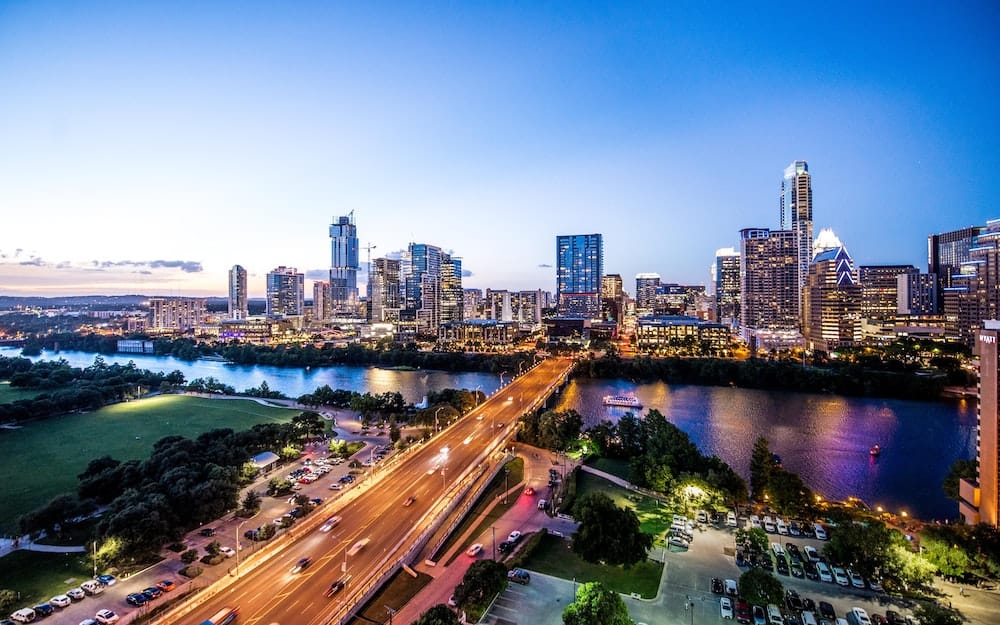 Formed by the founders of Texas Instruments, UT Dallas is a rising star in the academic world. Today, UT Dallas enrolls over 20,000 undergraduate students, with an average ACT score of 29 and a 23:1 student to faculty ratio. With nationally-ranked programs and tuition under $14,000 a year, it’s no wonder Forbes named UT Dallas the best value public university in Texas.

In computer science, UT Dallas enrolls 2,800 students. The program offers great classroom teaching and facilities, a fast track to Master’s degrees, and plentiful internship opportunities. Accredited by ABET and ranked 54th in the nation by CSRankings, a UT Dallas computer science degree commands respect throughout the country—at an affordable price.

Located in College Station, Texas, Texas A&M University is huge. With 64,961 students enrolled in the spring of 2020, it vies with UCF for the highest campus enrollment in the nation.

Academically, Texas A&M has programs in practically everything, but it’s best known for its roots—agricultural and mechanical programs. In 2020, 9 of its engineering programs ranked in the top 15 nationally, with the petroleum engineering program winning the 1st place ranking. The Mays Business School is also well-known, and Money Magazine named it 8th in the country.

Washington Monthly actually ranked Texas A&M 10th overall in its National University Rankings, ahead of Ivy League giants such as Columbia and Cornell.

Outside of academics, Texas A&M is known for its pride, tradition, and sports. The school also has a strong military background, and the Corps of Cadets continues to produce officers for the armed forces.

If you’re from an Aggie family and the thought of attending UT makes you gag, don’t worry—Texas A&M offers a nationally-respected computer science degree, with in-state tuition set at a very reasonable $13,000 a year.

Rice is a private research university based in Houston that enrolls 7,000 students. The university’s points of pride include consistent rankings among the top 20 universities in the nation, the 7th best student resources, the 2nd best quality of life, and an amazing 6:1 student to faculty ratio.

The undergraduate program includes both B.A. and B.S. options in computer science, with graduates finding employment with tech giants and often starting their own companies. The tuition of over $50,000 a year is the only mark against Rice, but this prestigious university sure does a great job in computer science. The 6:1 student to faculty ratio, especially, is something you just won’t find at Texas’ public universities.

UT has a proud history and ranks among the best public universities in the nation—as high as 7th overall, and 8th in best value. Today, UT Austin enrolls over 40,000 undergraduate students across 156 degree programs.

In computer science, the undergraduate program offers six undergraduate concentrations: Big Data, Computer Systems, Cybersecurity, Game Development, Machine Learning and AI, and Mobile Computing. With opportunities for undergraduate research and internships, UT Austin has it all. In fact, U.S. News put them 10th in the nation for computer science.

With in-state tuition under $12,000 a year, UT Austin boasts the best computer science program in Texas—and one of the best in the world—at an unbeatable value.