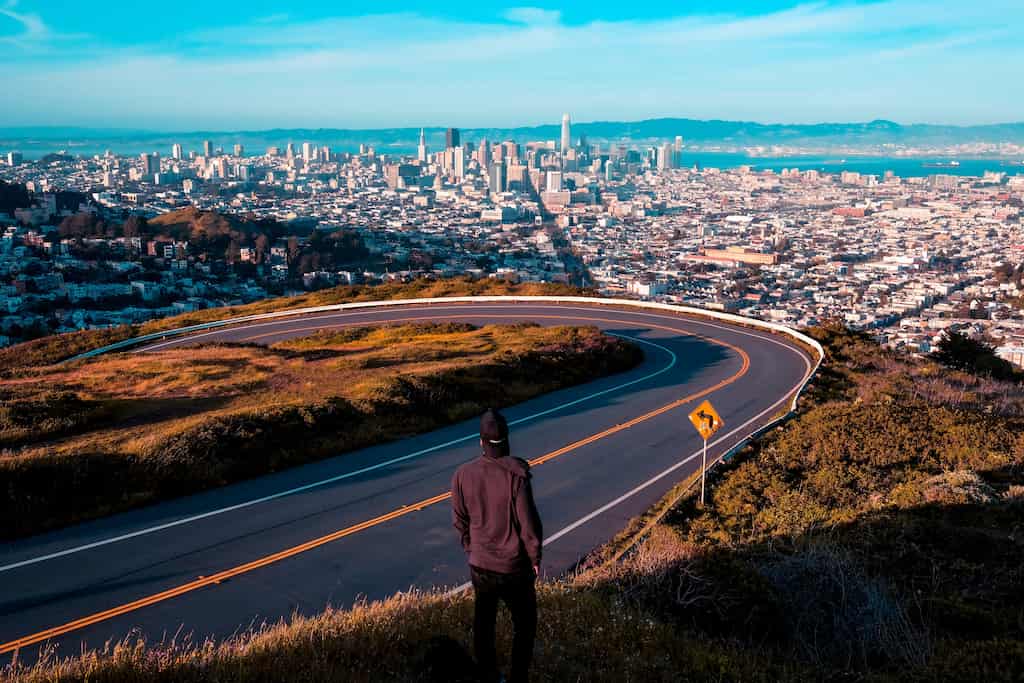 We’ve broken the best colleges near San Jose into two categories—colleges in San Jose, and colleges within 50 miles of San Jose.

In both of these categories, we’ve got some good news. There are a ton of great college options in and near San Jose!

In fact, two of America’s most prestigious universities are just a short drive away. Of course, getting into those two specific universities will be a lot harder than just driving there.

Regardless of your GPA or SAT scores, there are plenty of great options to choose from, and many are public 4-year or community colleges that offer a respected education at a great value.

All right, let’s jump in and look at the best colleges within San Jose’s city limits.

San Jose State University is San Jose’s only four-year public university. Don’t feel bad about not having more options though, because SJSU is an awesome college!

San Jose State was actually the first university within the California State University system, making it the oldest state school in the entire West Coast.

That history hasn’t been wasted, and today SJSU has won impressive national acclaim for its accomplishments:

If that doesn’t convince you, I’m not sure what will. It’s especially noteworthy that San Jose State University’s business and engineering programs have won critical acclaim. Those are popular, high earning majors, and SJSU does a great job of preparing graduates for successful careers.

Located in downtown San Jose, SJSU offers the rare combination of convenience, strong academics, and very reasonable tuition. When it comes to the best colleges in San Jose, there’s no competition, and no reason to look further than San Jose State University.

With a campus in the Evergreen District of East San Jose, Evergreen Valley College is just another community college in a fairly safe and nice area of town.

If you live near Evergreen Valley College, it’s not a bad choice, and does seem to have a better reputation in the community than San Jose City College.

With that said, those two schools are also linked so it’s possible to take classes at both Evergreen Valley College and San Jose City College.

Evergreen Valley College does offer a wide variety of programs, with the highest concentrations in business and psychology programs.

However, before enrolling in Evergreen Valley College we would recommend you check out De Anza College. De Anza has a Cupertino address so we’ll review it below in our rankings of the best colleges near San Jose.

In short though, De Anza has a reputation as one of the best transfer colleges in California and the nation. For most students, De Anza College is a better choice than Evergreen Valley College or San Jose City College.

It’s not that Evergreen Valley College is bad, it just has some strong competition.

San Jose City College is well-known for their programs related to beauty and cosmetology. If you’re interested in a beauty career, SJCC could be a good choice.

A private, not-for-profit college with Quaker roots, Pacific Oaks College has two campuses. One campus is in Pasadena, California, but their second location is within San Jose’s city limits.

Pacific Oaks College is regionally accredited (the highest level of accreditation), so they’re not a bad college choice. The college has deep roots in early childhood education (including running its own elementary school), so these teaching programs are likely its strongest.

Other distinctives of the school include an emphasis on social justice, which is seen through its programs in education, development, and other family service-related majors.

Because of for-profit schools’ reputation for serving as diploma mills, some employers will look down on any degree from a for-profit institution.

If you’re not dissuaded, then you can check out the University of Silicon Valley’s programs in technology, business, animation, games, and music.

There are cases where a enrolling at a for-profit college can be a good decision, but with San Jose State University and two solid community colleges in town, we don’t recommend the University of Silicon Valley to anyone.

Stanford University isn’t actually an Ivy League school, but its reputation is just as strong. For example, Times Higher Education placed Stanford 2nd in the world in its most recent rankings.

Stanford’s location is great for students in San Jose. As a private college though, the tuition may be difficult to stomach unless you land a great financial aid package.

CBS News also ranked Stanford first in America in the category of most difficult colleges to get into. Stanford is a world-class college within minutes of San Jose, but the cost and admissions process are likely to keep most students from attending.

Another prestigious college within a few miles of San Jose us the University of California, Berkeley. For a state school, Berkeley isn’t cheap without financial aid, with a sticker price over $41,000.

The admissions process is also daunting, with student ACT scores usually falling in the 30-35 range.

The reason for the high tuition and tough admissions rates is Berkeley’s academic reputation. Berkeley often ranks among the top 5 colleges in America, so it’s right up there with Stanford in prestige.

Berkeley is another world-class university right in San Jose’s back yard, but the fence around this back yard is pretty intimidating.

While the names Berkeley and Stanford are known nationwide, De Anza is a much better-kept secret. This two-year transfer college is an awesome choice for students in San Jose, and we’ll tell you why.

Second, there’s the whole community college tuition thing. When it comes to value for your tuition dollar, De Anza College can stand tall against any college in America.

Ranked as high as 4th among all transfer colleges in California (by Campus Explorer), De Anza offers great education quality, transfer opportunities, and the chance to avoid racking up a lot of college debt.

With a campus located in Saratoga, West Valley College placed 2nd in all of California in Community College Review’s ranking of the best value community colleges in the state.

West Valley is especially known for its design and architecture programs, but it offers a wide breadth of respected programs.

With low tuition, a respected name, and a great track record of placing students into great universities, West Valley College is a top choice among the best colleges near San Jose.

If you’re interested in a private university near San Jose, Santa Clara University is the 2nd best option after Stanford.

And with Stanford’s tuition and acceptance rate barriers, that means Santa Clara is going to be the best private school option for many San Jose students.

Ranked 71st in the nation by Forbes, Santa Clara University is a Catholic Jesuit university with a prestigious history and reputation.

SCU has a lot to boast about, such as:

Santa Clara has placed graduates with great area employers such as Google, Apple, and Amazon, and also ranked 23rd in America for the best undergraduate teaching (U.S. News).

If you’re looking for a private Catholic university in the San Jose area, Santa Clara University is the clear top choice.

Another great university within the University of California system, UC Santa Cruz ranks among Forbes top 100 colleges in the United States.

UC Santa Cruz boasts of a small, liberal arts college experience while also benefiting from the academic rigor and instruction of a UC school. The public school tuition levels are another aspect that make UC Santa Cruz an attractive option.

UC Santa Cruz is a great school, but it doesn’t have a better reputation than San Jose State University. However, there are still plenty of reasons to apply and consider UC Santa Cruz.

For example, you might find that you can get a better financial aid package there, or maybe they’re highly ranked in your chosen program. Or perhaps you just prefer the UC Santa Cruz campus and feel.

We don’t recommend UC Santa Cruz over San Jose State University, but it’s sure not a bad option for students in the San Jose area.

Known for its emphasis on social justice, its teacher training programs, and its counseling programs, San Francisco State University is another great public university in California.

Ranked 117th in America by Forbes, you can expect strong academics and reasonable tuition levels at SFSU, but there’s no reason for us to recommend it over San Jose State University.

If you’re interested in attending a private university, the University of San Francisco is another good option.

Forbes placed USFCA among their top 200 colleges nationwide, and the University of San Francisco is particularly known for its healthcare (especially nursing) and architecture programs.

The factors that stand out about CSU East Bay include the low tuition and some specific programs such as physical therapy and paralegal. CSU Easy Bay is also easier to get into than many other California State system schools.

Other Schools Near San Jose

There are many other schools near San Jose, so we’ll list them here with website links so that you can look into any of these other schools that you’re interested in.

These aren’t bad schools by any means, and many specialize in certain programs such as healthcare or the arts.

California College of the Arts

Institute for Business and Technology

When it comes to the best colleges near San Jose, California, there are three main categories to consider:

We’ll save the debate between Stanford and UC Berkeley for another article. Honestly, if you’re able to get into either one of these, it’s the academic opportunity of a lifetime.

Outside of those, we recommend San Jose State University as the best choice among all the local state schools.

There may be reasons to go to a different state school, but none of the nearby state schools are better than SJSU in either academic quality or value.

We hope you’ve enjoyed this article on the best colleges near San Jose, California. Thanks for visiting, and we wish you the best in your educational and career journey!