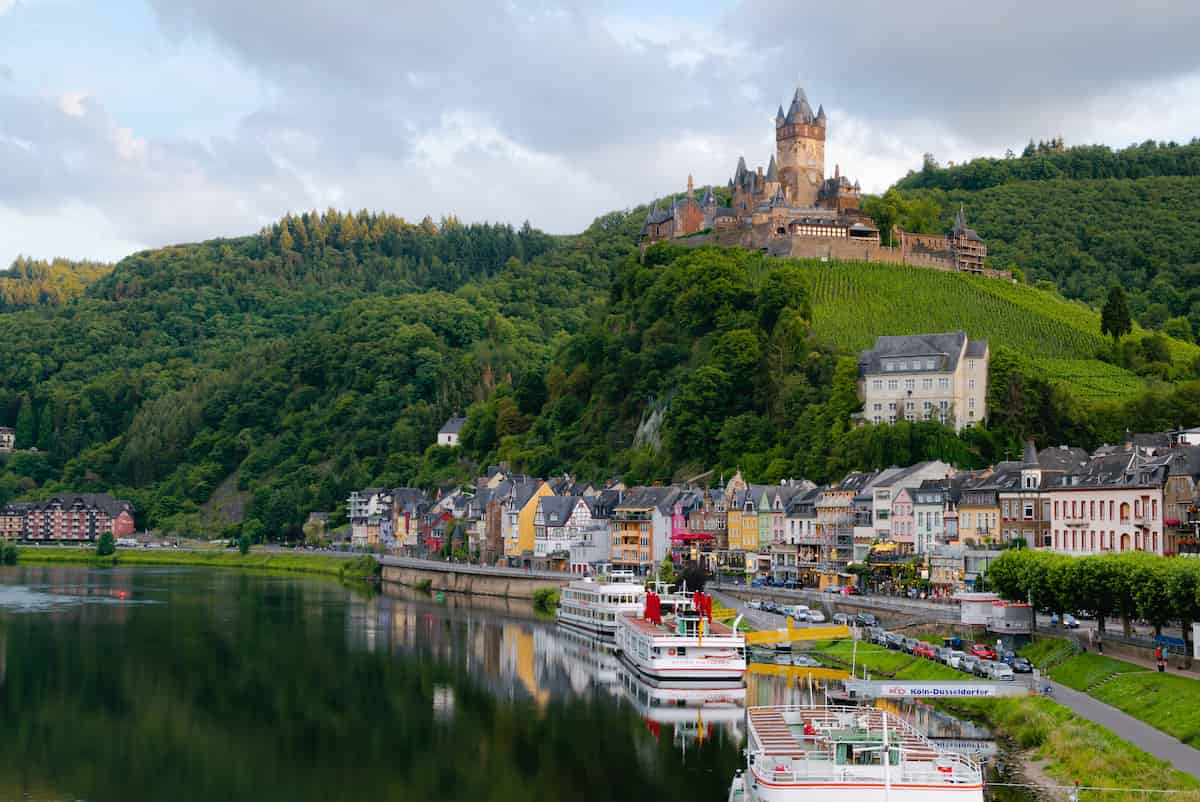 Should you study German or Spanish in in college? That depends on several factors, and we’ll outline them all for you in this article.

Our article on whether to study French or Spanish in college was mostly a toss up, with both options having a lot of native speakers around the world.

French and Spanish are also both considered easier than German for native English speakers, so language difficulty isn’t as big a deal in that comparison.

Meanwhile, our German and French comparison for college students highlights the many differences between these two European languages.

When it comes to the German-Spanish comparison, the differences are even more stark. German is much harder to learn, and primarily spoken in Germany, compared to Spanish which dominates a large portion of the globe.

Should I Study German or Spanish in College?

When it comes to whether you should study German or Spanish in college, we’ve got some stronger opinions, and we’ll come right out with it.

We’d recommend that most college students study Spanish instead of German in college unless you fall under one of the exceptions in this article.

So what are the exceptions? Let’s get right to it.

Some people just seem to fall in love with a particular culture. If you’re deeply interested in Germany and German culture, than you’ll probably be very motivated to learn German.

Learning German is considered more difficult than learning Spanish (by a long shot), but motivation is also a huge factor in language learning.

Some students also just love the grammar and sound of a certain language. If you really have your heart set on studying German, then by all means do it.

You Have Friends Who Speak German

Some people have friends who speak German, or even a significant other! In this case, it be a lot more practical to learn to speak German.

Interacting with native German speakers will give you plenty of opportunities to practice and improve, along with motivation to study and learn the language well.

You Plan to Live in Germany

This one’s pretty clear. If you want to live or work in Germany and you’re choosing between German and Spanish, then German is probably the answer.

Learning German Will Advance Your Career

If you know that German will prove useful in your chosen career or location, then this can also be a benefit. There are many more Spanish speakers than German speakers, so this could set you apart in landing certain jobs or promotions.

Did we go too far? As we mentioned, we do have an opinion here.

However, if you really love dissecting difficult new grammar structures and bending your voice to your will to form new sounds, then sure, you might enjoy learning German.

Why Not to Study German in College

Some of the most insightful answers popped up in this Quora thread. Here’s an excerpt from Rachel Dsida, who starts off by saying:

“I’m in the United States, and the answer is unequivocally Spanish. And I have German heritage and a German speaking father!”

Rachel goes on to explain that there are cultural and other reasons why learning Spanish is just more practical:

“Germans are quite laid-back about language. Speak German in Germany, great. Speak English in Germany? Okay, no problem. In the U.S., a native German speaker will most likely be fluent in English, if not also a native English speaker. Spanish is an entirely different story.”

Those are definitely some good factors to consider in whether to study German or Spanish in college.

Motivation is a big factor in language learning, so it’s definitely appropriate for some students to study German instead of Spanish. For most college students, however, we’d recommend the opposite.

For most American students, learning Spanish will prove more useful in daily life situations, and in potential career benefits.

Another factor that’s especially important for college students to consider is the ease of learning Spanish compared to German. This could translate to a better grade in your language courses, and better grades are a nice bonus.

Of course, it’s also worth doing a little legwork on the German and French professors at your university. Professors have a big impact on students’ language learning experiences.

We hope this has been a helpful discussion of the factors to consider. In the end, the decision to study or German or Spanish in college is a personal one, so it’s good to think through which language would enrich your life the most personally.

If you need to supplement the scholarships with a part-time jobs, we’ve also written a comprehensive guide on how to find great jobs in college, with some unique job ideas that you might actually enjoy.

Thanks for visiting College Guidepost, and we wish you the best in your learning journey!